The shoes in this blog are only going to be the 5th and 4th because I will show 3, 2, 1 because I cant fit all of them in these blog.

My 5th favorite.  My 5th favorite shoe is either the Jordan 1 Mids or lows. I like them because of the design and the price is great. The lows are like 110 to 140 and the mids are like around 150. 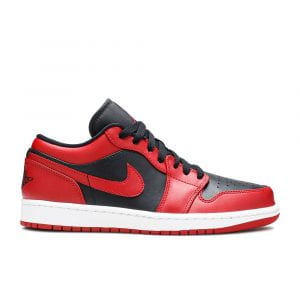 My 4th favorite. My 4th favorite shoe are called yeezy 350s which are pretty expensive. I like them a lot because the bottom is foam and the designs are just great. But the yeezys I would get are called zebras which have a black and white design almost like zebra fur.

Here is a link to a website with a lot of shoes.

The type of shoes I like are called Vapormax’s, Jordan’s and NMD’s. But the shoes I’m looking for are called Vapormax flyknit 3 white pure platinum. I found these shoes off of Goat (which is where you can buy shoes) and you can also buy them off sport check.

Another spot I look or shop for shoes is called 204.deals, 204.kicks which is accounts on Instagram but the good thing is they are all from Winnipeg. The white platinum’s are $201 plus tax. The other shoes I’m looking at are called Jordan’s 1s low’s or mid top that are around 140 plus tax.

The Vapormax flyknit’s are great for me because They are $201 for size 8 and I’m that size but the size 7’s are way more. I also might get the flyknit black’s instead of the white platinum’s.

Here is a picture of the flyknit platinum’s

Here is a link of

My favorite hockey team is the Tampa Bay lighting because I like their players and I’ve just grew up watching them. An my favorite football team is the Kansas Chiefs.

My favorite play for Tampa Bay is Nikita Kucherov because I like him because he has cool goals and his a great team player. The sad thing is that he can’t play this season or for most of the season because he is hurt but Tampa is still doing pretty well without him. Nikita plays right wing with Steven Stamkos which is another good player. 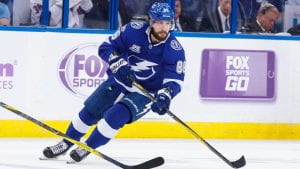 My favorite play for Kansas Chiefs is Patrick Mahomes because he is a great player. Patrick is a very good quarter back and makes a lot of touchdowns. Patrick was also in this years Super Ball against the Bucks but Chiefs lost bad because their defense was weak and the Bucks defense was too good for Patrick to do anything. 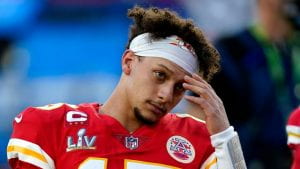 Here is a link to Patrick Mohomes stats.

Clash Royale is a online game that is on your phone that is a great game to pass time and it’s just a fun game. The game has decks of cards, arenas, lots of different cards and more.

Decks. The decks are made of 8 cards. You get cards from chests and when you get into an arena you unlock cards. The one thing that you need in your deck is low elixir (which is the cost of a card to play it down) because you want to be able to play a lot of cards down at one time. The best deck you can get is probably with a couple air defense and good attackers. 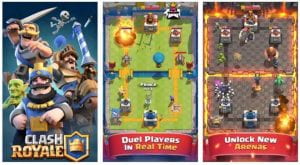 My outfit has changed a lot since I was in grade 6 and 5. If you were in my class in the passed years you would know that I changed my style.

Here is a link were I got my zoo york clothes from.

Why Hockey is better than Basketball

I think that hockey is better than basketball because you need more talent and it’s more competitive. The best thing is that you can interact with your team a lot more in hockey than basketball.

Hockey is also more competitive than basketball. In hockey you have provincial’s, playoffs, tournaments, and you get to stay in hotels for the  tournaments. Hockey also gets very serious in some games, which can cause hits and dirty plays. In tournaments, when you beat a team you may get to go in the pool to celebrate. But sometimes other teams can start fights :let’s say if they lost, because it happened once when we were at a hotel in the pool. So sometimes hockey is a bit too competitive.

In hockey you have to get to a game an hour early and 30 minutes before a practice so you get tons of time to talk to your team. You can also talk to your team on the bench because there’s many kids on a hockey team so you can talk to them when it’s not your shift. In basketball, you can’t really talk to your team on the bench because the teams are usually smaller than hockey. The great thing in basketball though, is that you have to pass the ball a lot to score. In hockey you also need to pass a lot because it’s hard to dangle out a good defenseman, but there will always be that one player that hogs the puck and doesn’t pass.

Minecraft is one of the games that I play with a lot of my friends. I only really like playing the minecraft SMP with friends because you can enjoy it way more than playing alone.

I am the maker of the world that we all play on but I have not made it an open SMP yet because it just came to my mind that I should. All the members that are in it are Dainen, Josh, Taylor, Ryan, Evan, and myself. I am think about trying to get more people so it can be a giant world of people. The main people that are mostly in it are myself, Josh, and Taylor. I got the Idea from a well known Youtuber named Dream.

The picture I shown is an Idea of what I kind of looks like.

There was not like no links for the minecraft SMP’s but if you want to find out more just search up what is a minecraft SMP and you’ll find some more information.

Ice fishing is kind of boring sometimes because you have to sit for a while and wait. But if you get a good spot or fishing with friends it’ll be pretty fun.

I personally think that fishing is more fun than ice fishing because for the time that I’ve been ice fishing I sat and only caught like one thing but sometimes you don’t get lucky and you have to accept the fact. The times I went fishing I’ve caught a lot of fish.

For my birthday I actually got a nice fishing rod from cabala’s from my mom. I might be going ice fishing on Saturday with my mom. But the best thing about ice fishing is having fun with your family and friends.

If you want to find fishing stuff just search up cabala’s. 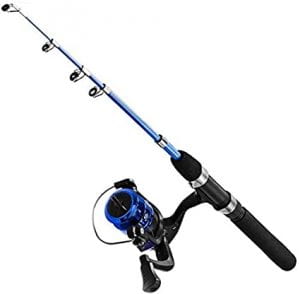 For Christmas I didn’t get soo much presents because I’m older so I might get presents that more money.

Moms house. At moms I got shoes, fishing box, this game called spike ball and a mini basketball hoop. The shoes that I got are white with these black lines that are called NMDs. And for my birthday I got a nice fishing rod from Cabelas.

Dads house. At my dads house I got at white hoodie and a tie dye hoodie, mini basketball hoop, a soccer table that changes to hockey, basketball, and ping pong. For My Birthday I got a basketball net, and candy.

I couldn’t get the link because it didn’t work just search up Cabela’s.

I also couldnt find a picture because the shoes i wanted to put up didnt work.

Shaq is a pro basketball player that played in the NBA. He played on the Lakers with his good friend Kobe Bryant. He stopped playing a couple years ago though.

Shaq was in the top 10 best basketball players in the world and I think that because he is 7,1. His shoe size is actually size 23 and I’m size 8, he triples me. Shaq is 48 years and has 6 kids which names are Shareef, Shaqir, Me’arah, Myles are the boys. But he has 2 girls Taahirah and Amirah. He also has a wife named Shaunie. 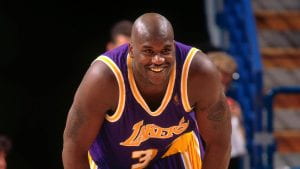 In Shaq’s whole career he got 28,596 points but only had one 3 pointer. Its not that he sucks at shooting but he only to two shots from the 3 point line and made one in. That’s crazy how he only shot 2’s, lay ups and dunks but if I was 7,1 I would try to dunk a lot.

Shaq is probably one of the best basket ball players in his time but now he would probably not be as good as he used to because he is getting old.

Here is a link about his states.